We appreciate the principles of film production security 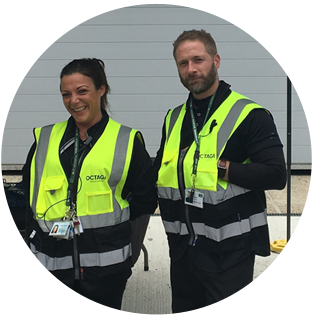 With an extensive client portfolio in Film and Television including HBO, Universal Pictures, Disney, Marvel, BBC, ITV, Sky, Lucasfilm and Netflix, we pride ourselves on appreciating the principles of film production security.

While safeguarding every aspect from cast and crew to technical equipment, we ensure the provision of a total security solution, advising in both physical and technical areas.

As preferred suppliers to The Pinewood Group UK, including Shepperton, Pinewood and Iver Studios, we have held an independent office at the UK-based Buckinghamshire headquarters of the acclaimed Pinewood Studios since 2004 and continue to provide Film and Television Security to the Group. We also supply our services to other leading studios such as Longcross studios and Netflix in Langley.

By sustaining film set security with Octaga Access Control measures including CCTV and Manpower, we reduce the vulnerability of your personnel and equipment, both on location or within the studio.

We comply with the latest British Standard for Static Site Guarding and Mobile Patrol Services BS7499, as well as BS7958 for Closed Circuit Television (CCTV) – Management and Operation and BS EN50133-7 for Alarm systems (Access control).